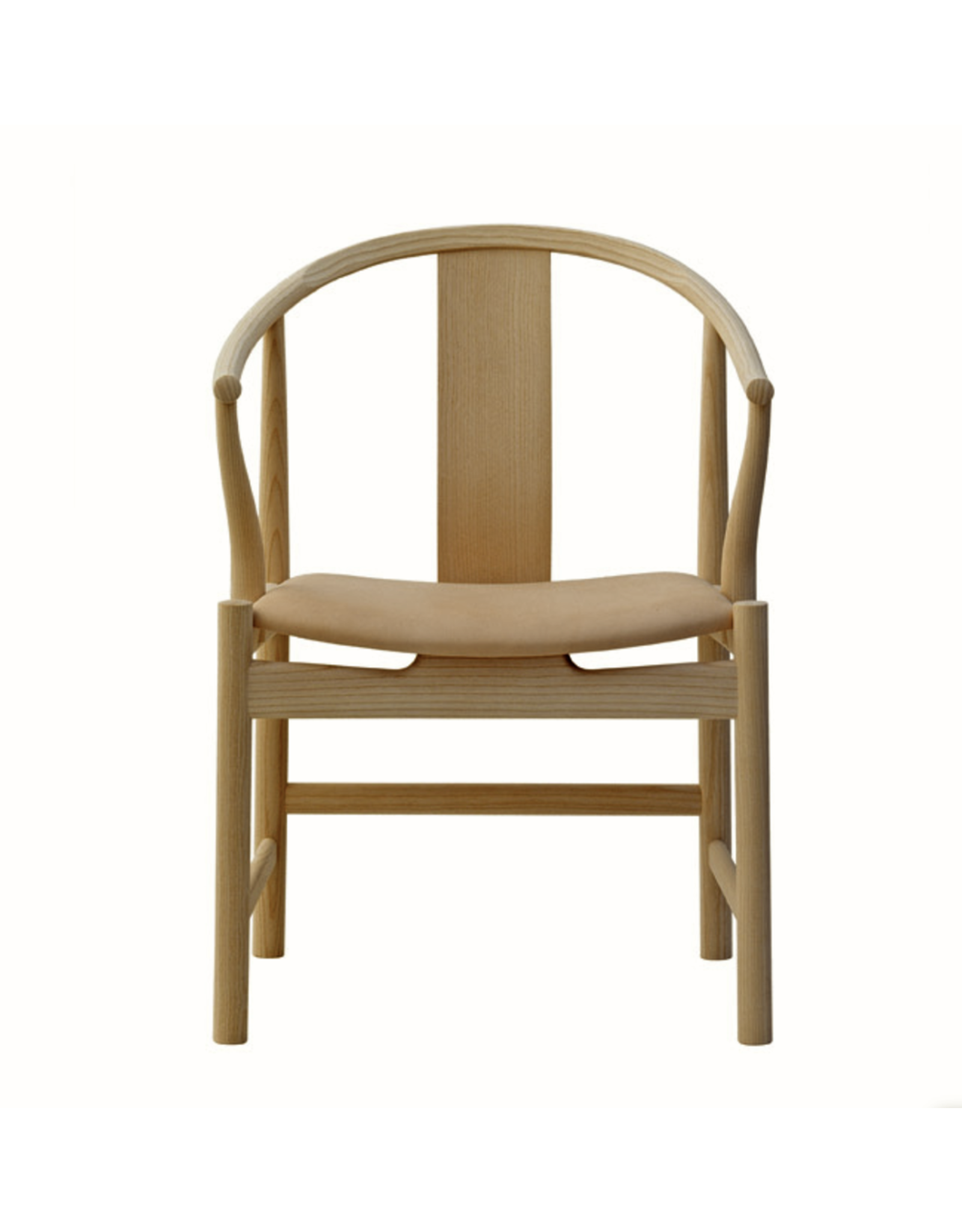 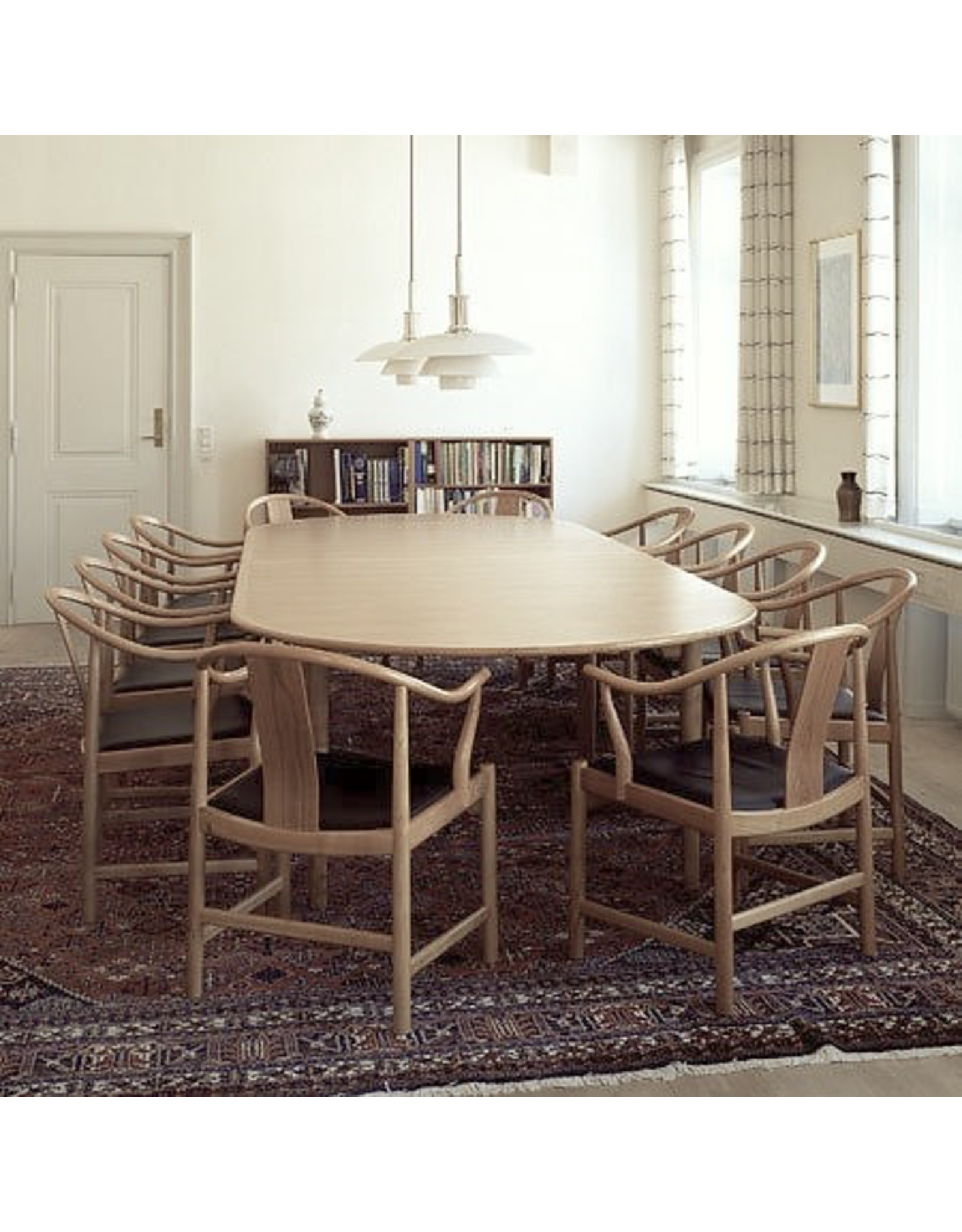 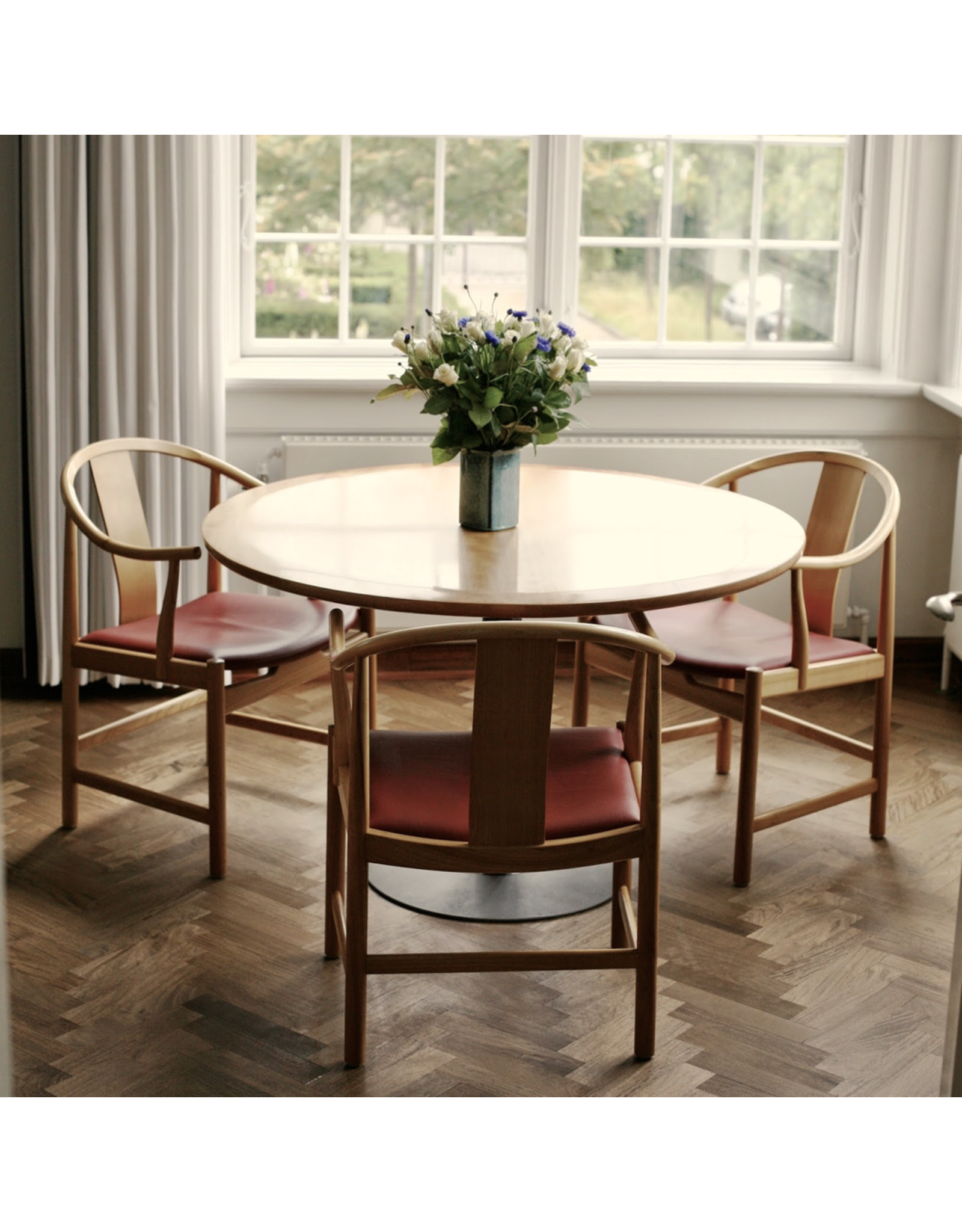 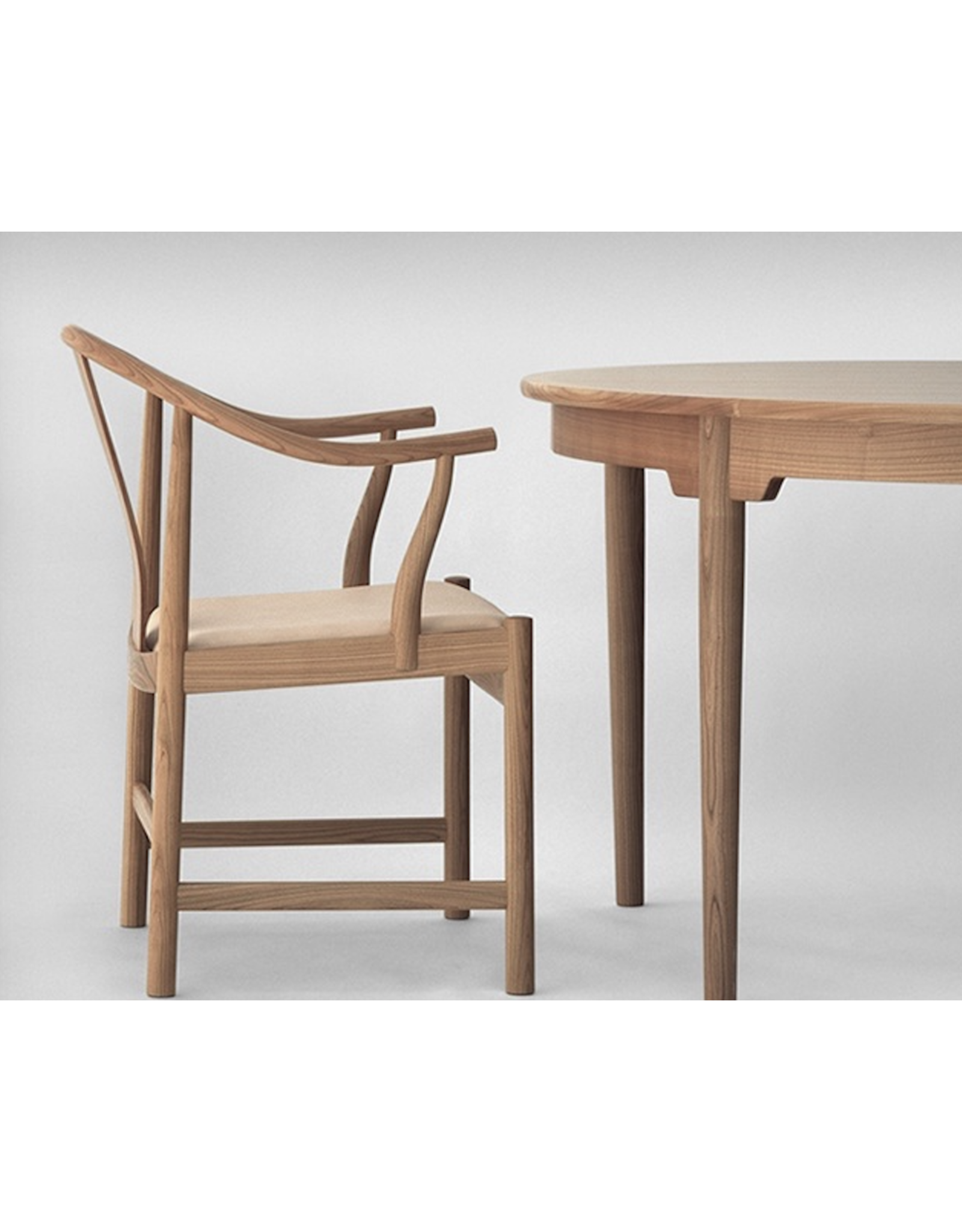 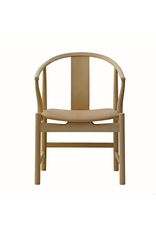 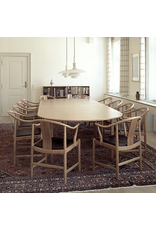 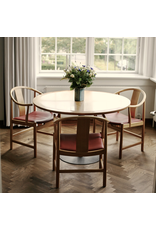 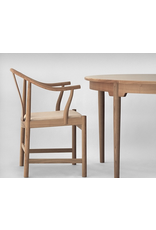 Wegner presented his first version of The Chinese Chair at the Cabinetmakers' Guild's Autumn Exhibition in 1943. He had been inspired by an old Chinese chair from the Ming dynasty that he had carefully studied in a book.

The Chinese Chair became a cornerstone for Wegner in his early line of designs inspired by foreign cultures. Completing at least seven individual prototypes of Chinese inspired chairs, Wegner worked intensely on modernising the traditional concept, and eventually, The Chinese Chair evolved into the Round One, also called The Chair.