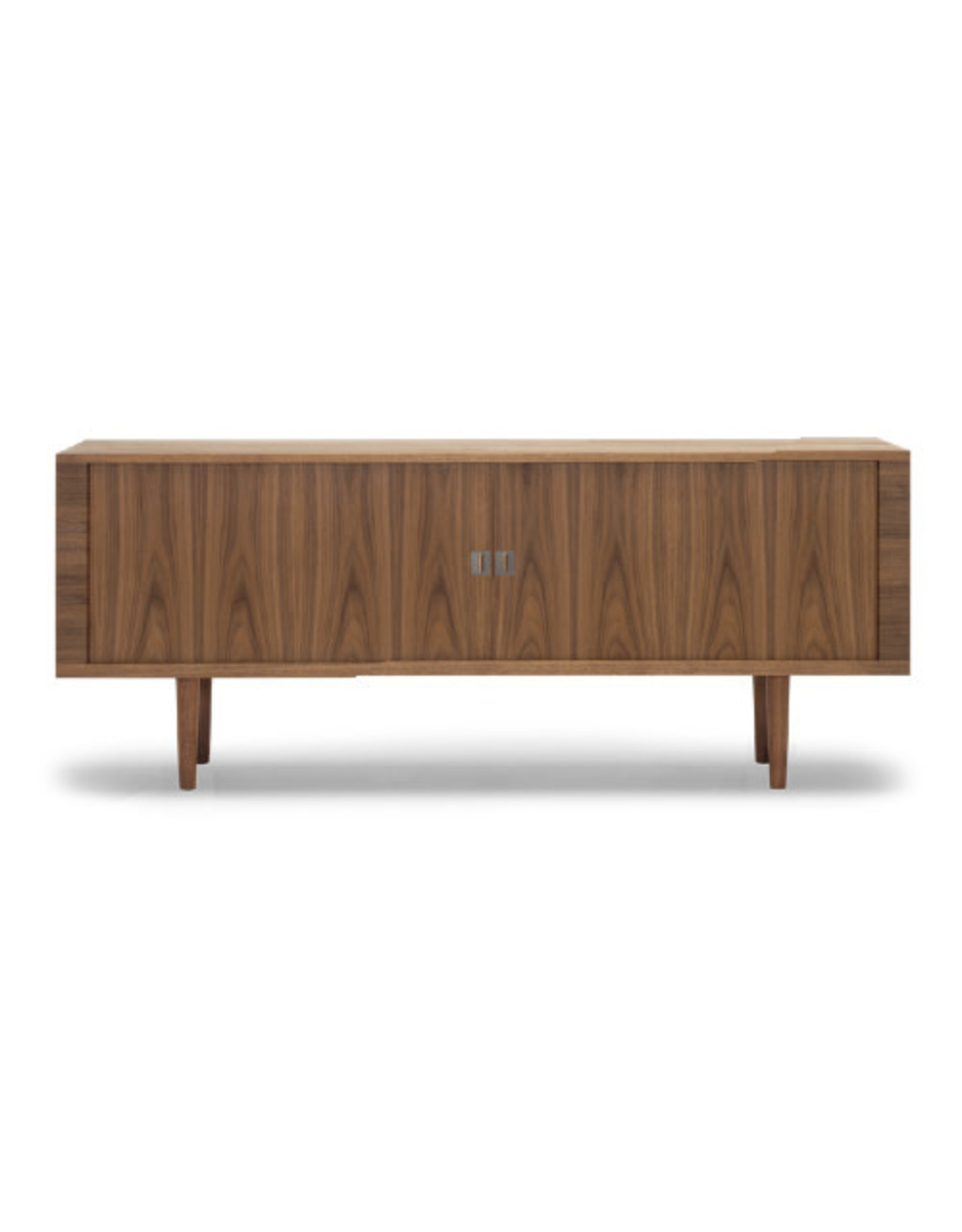 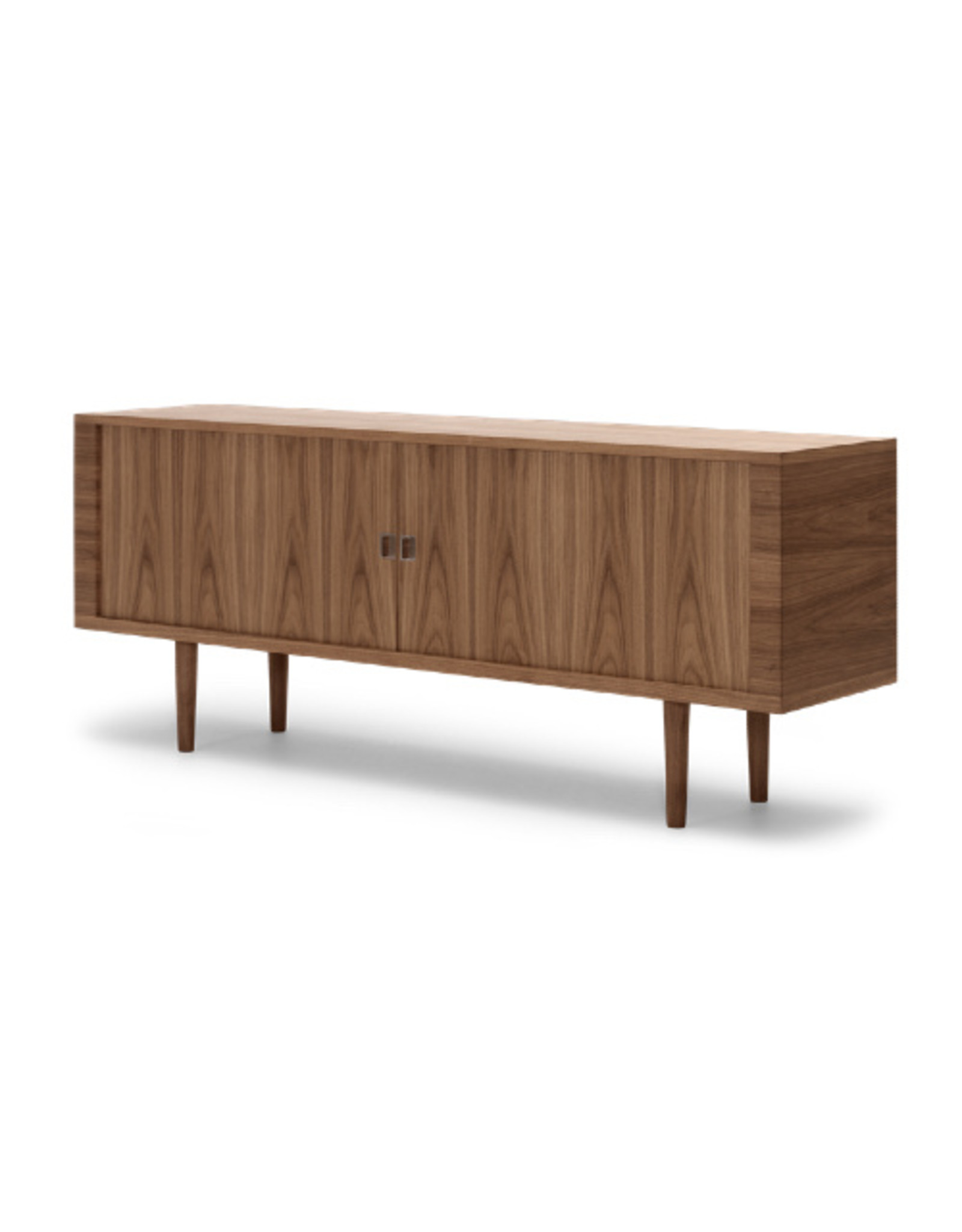 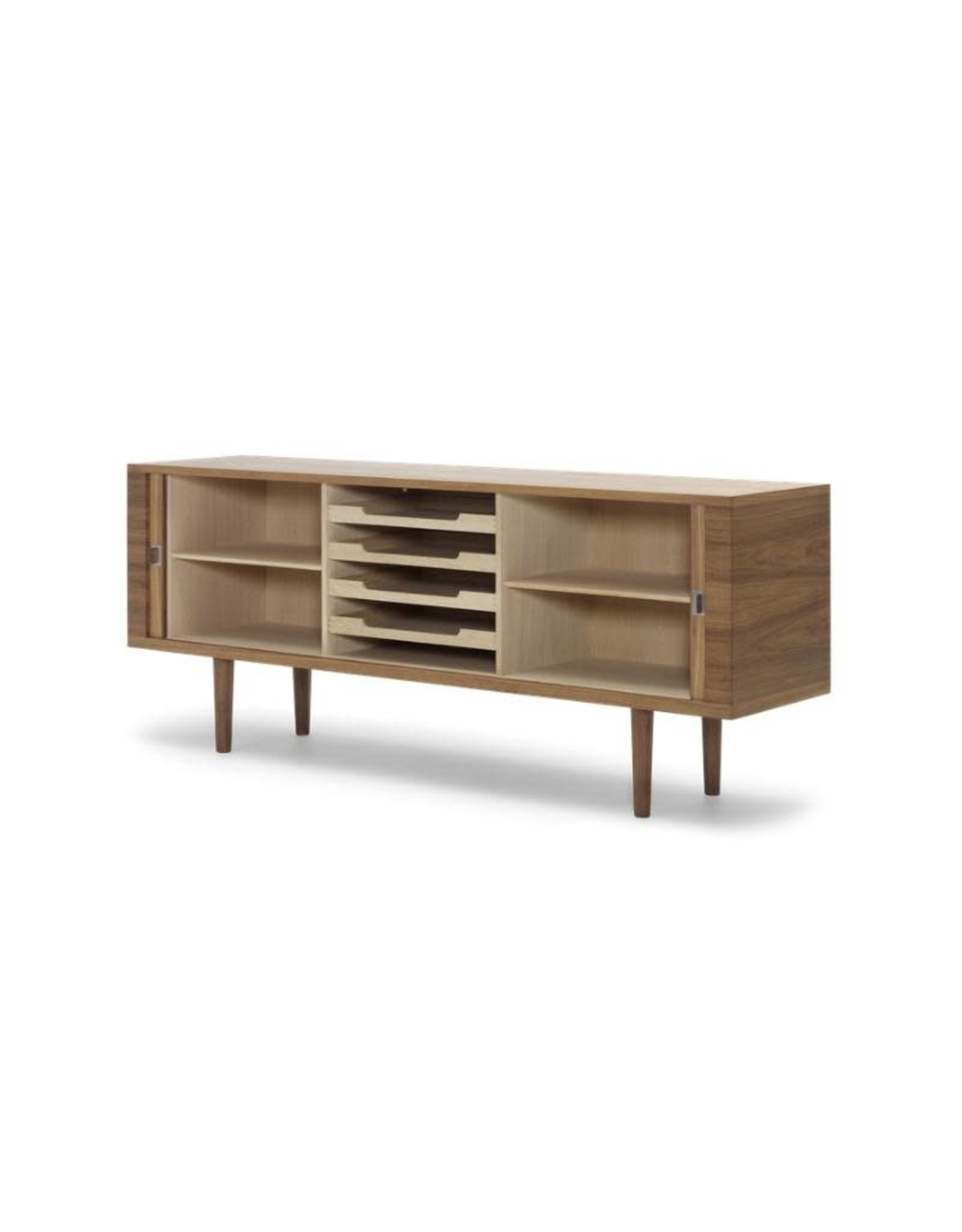 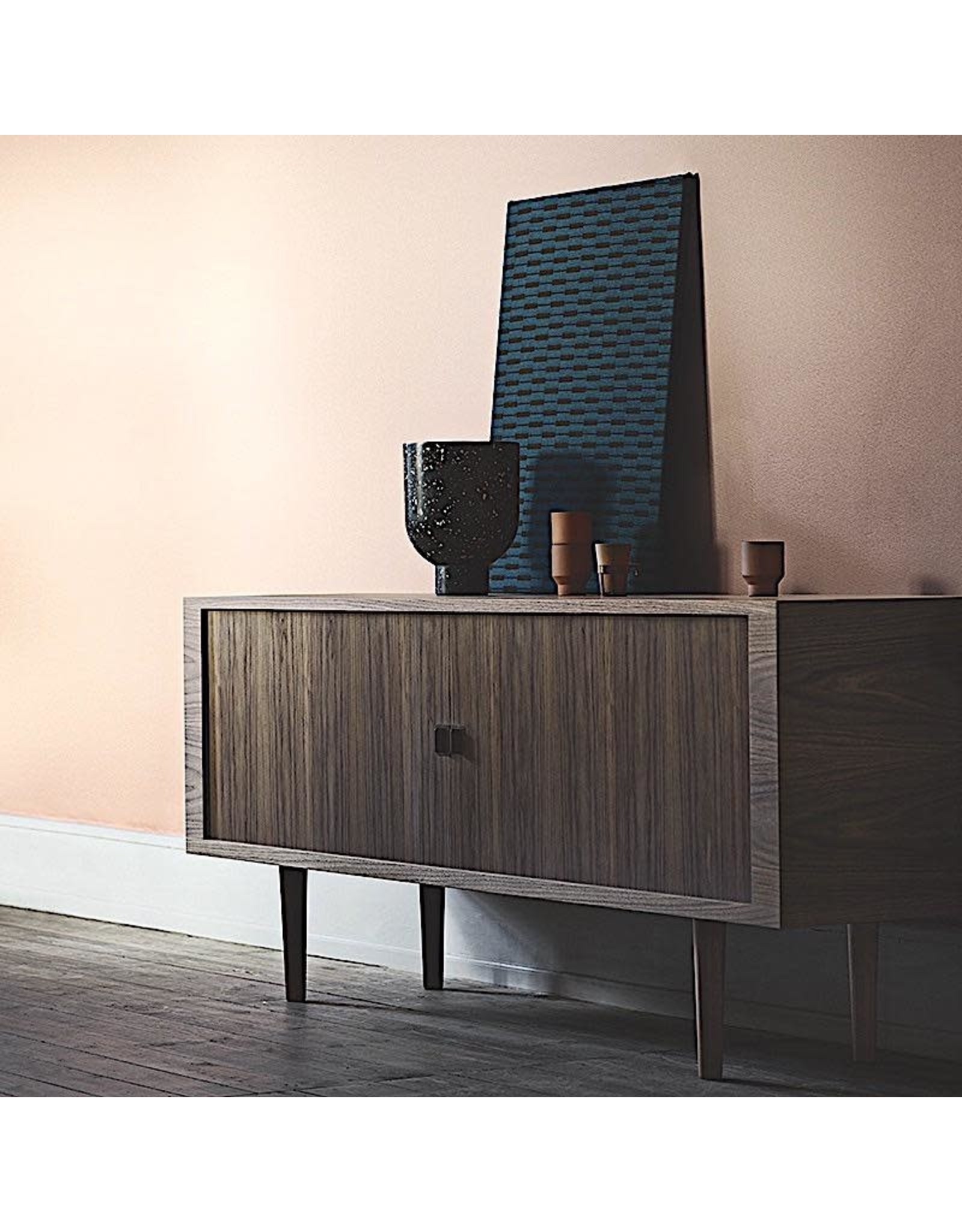 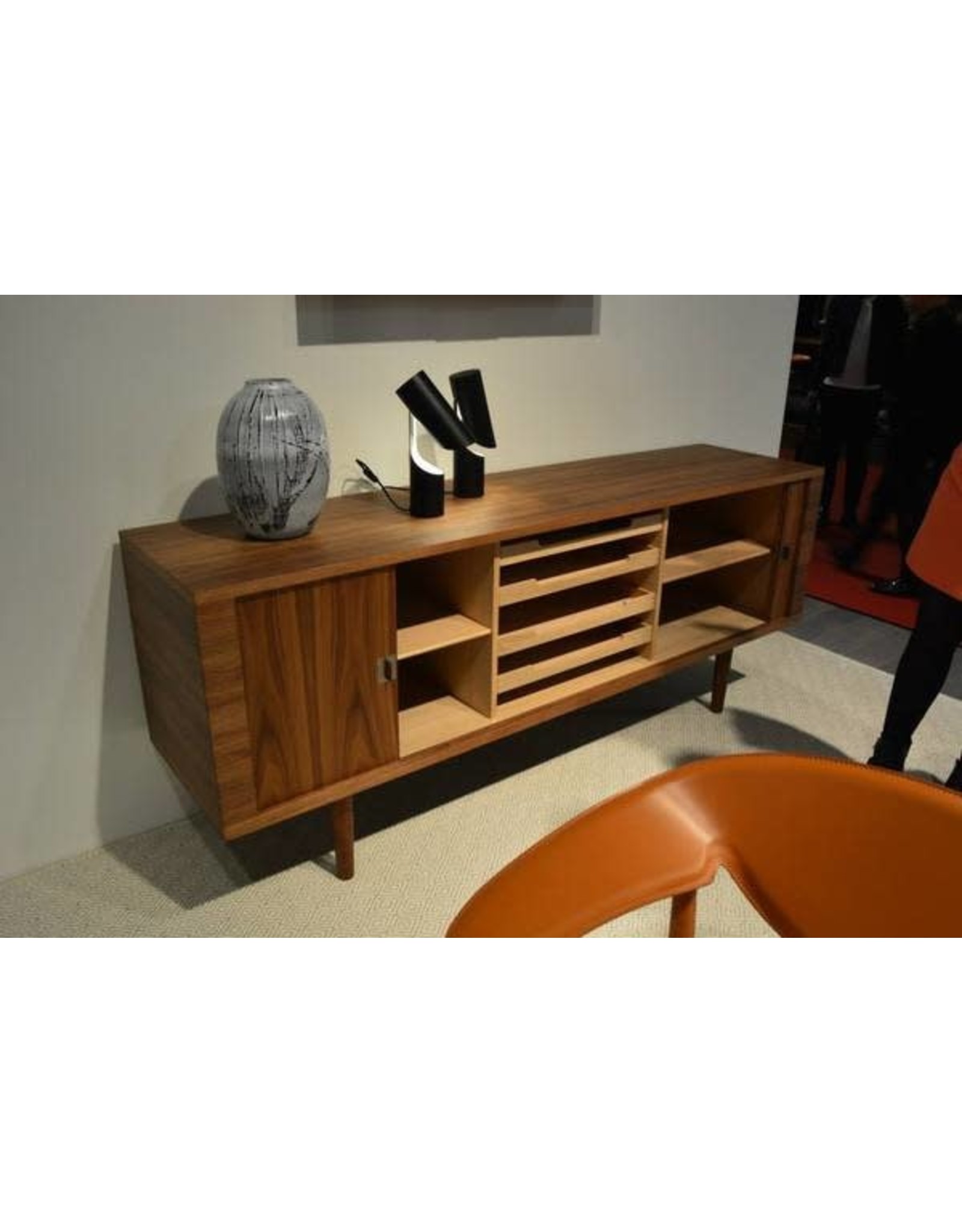 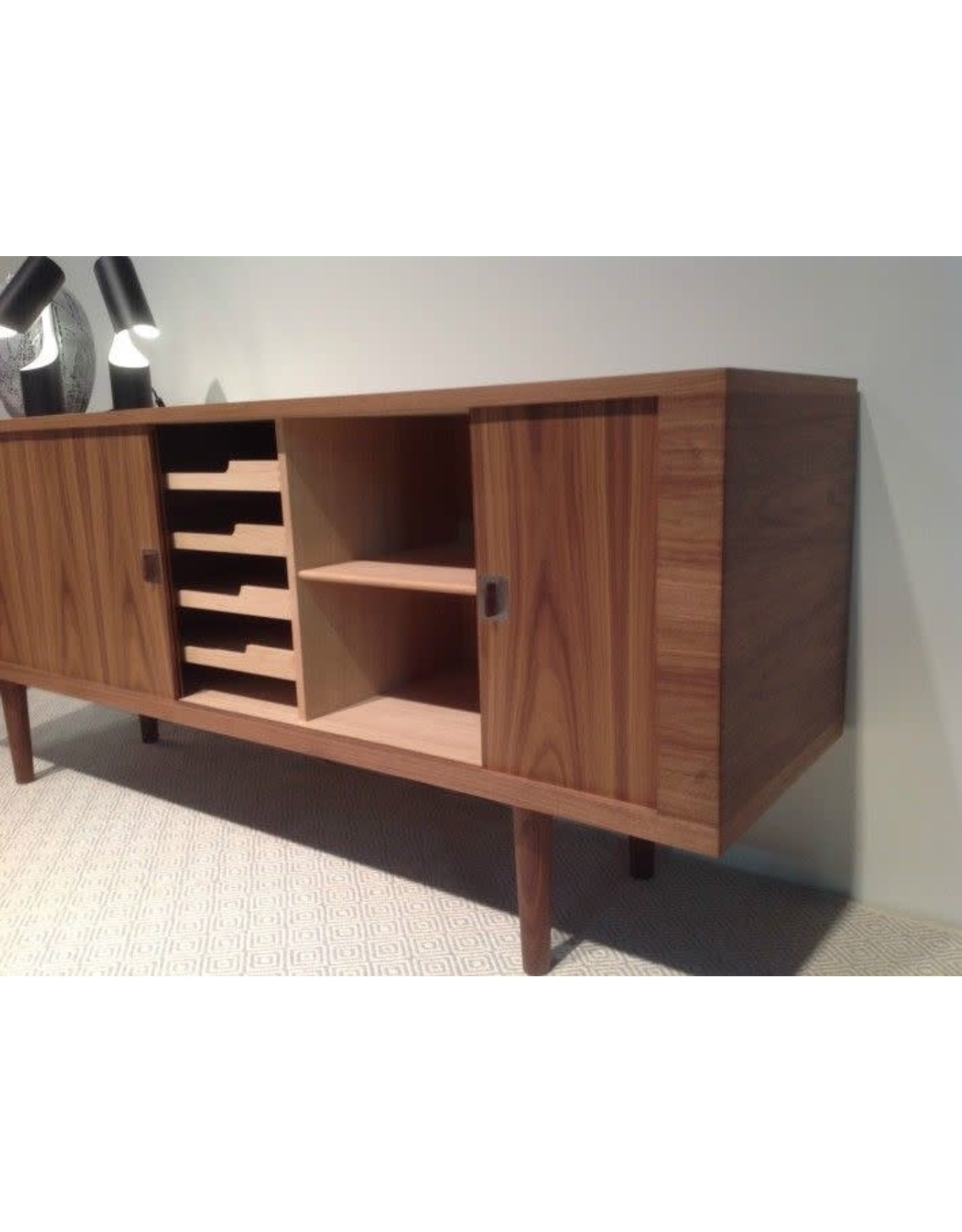 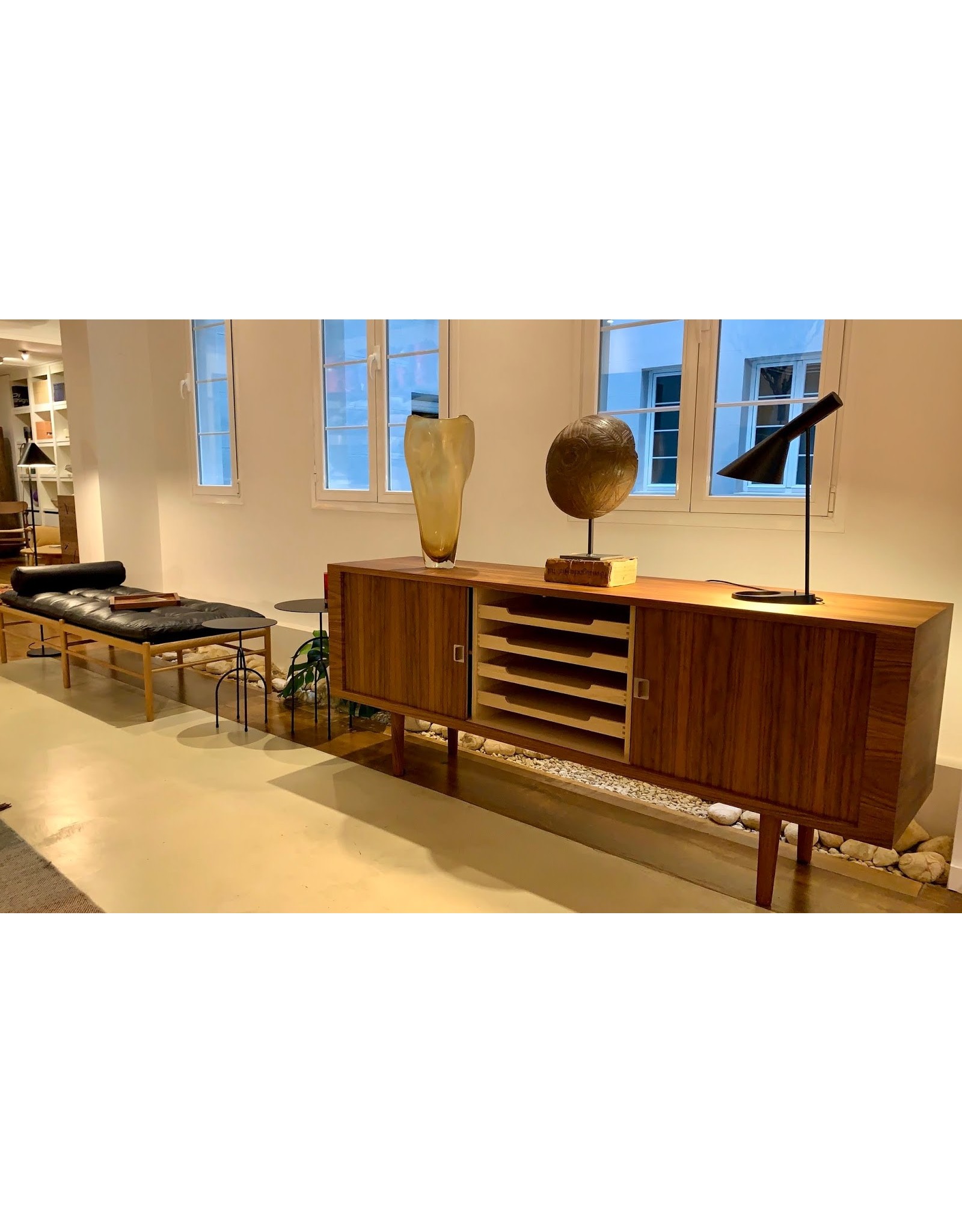 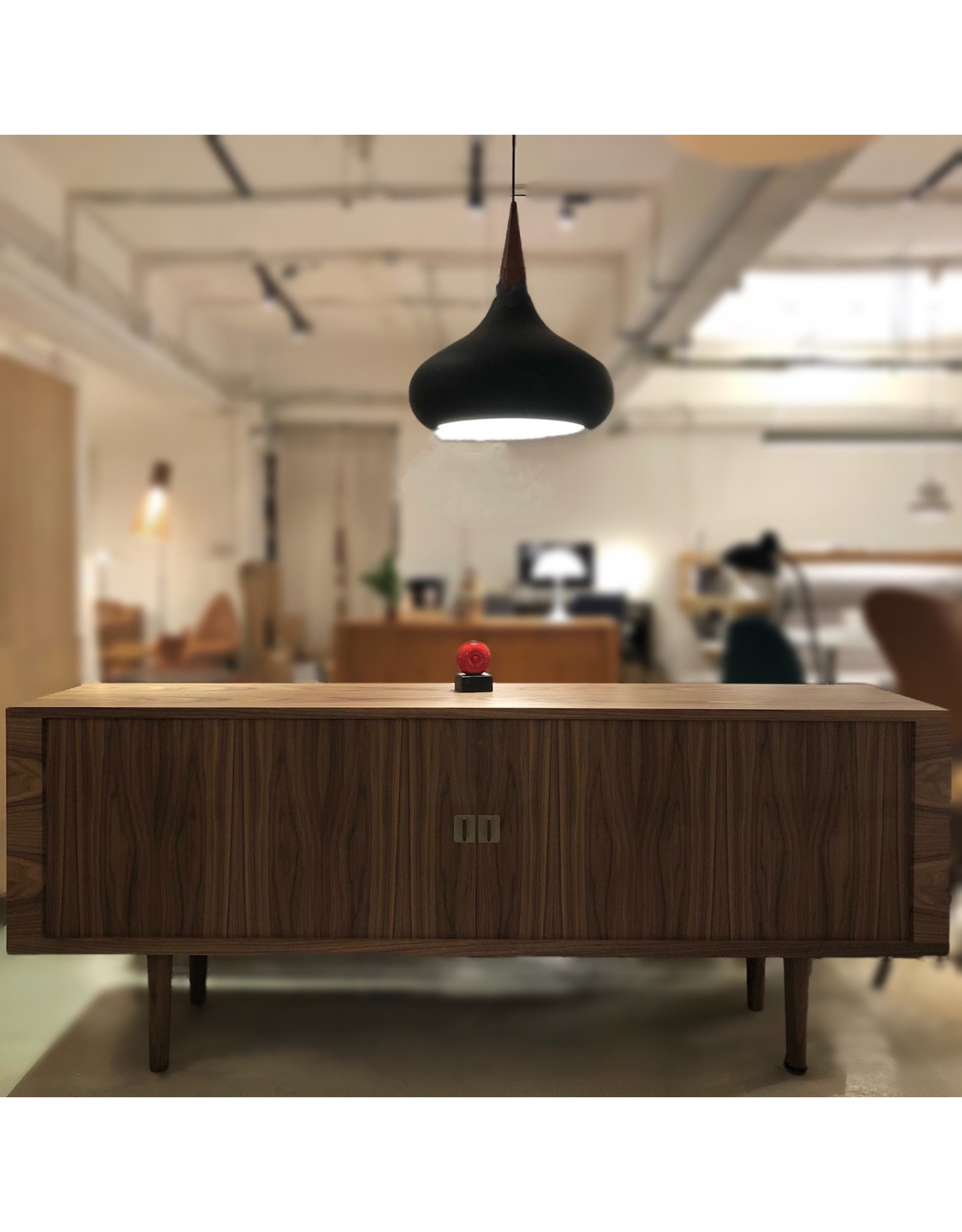 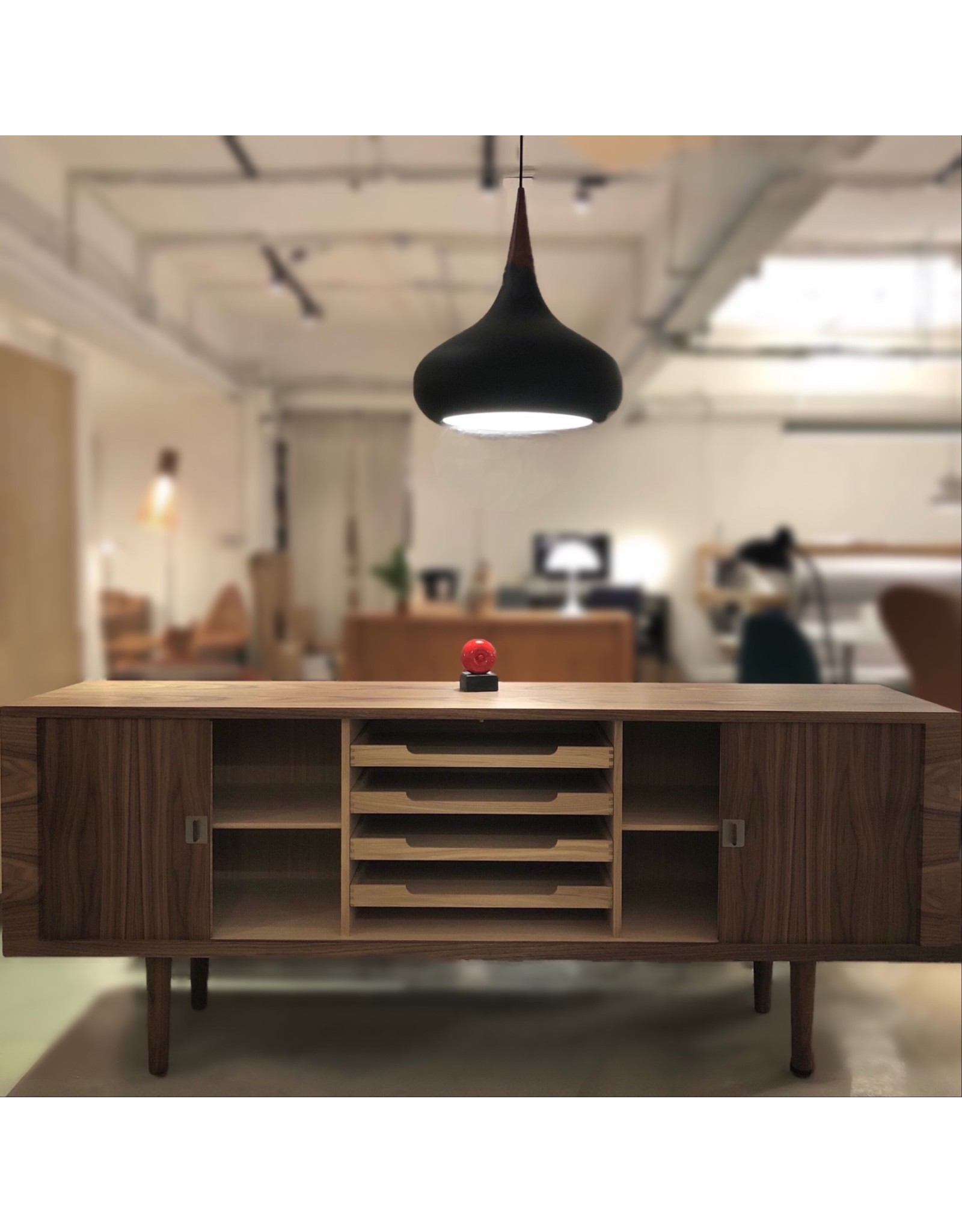 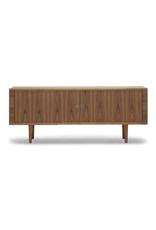 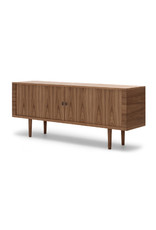 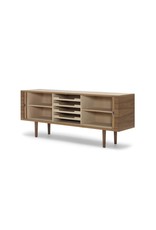 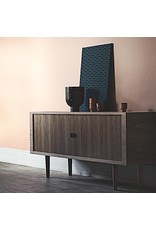 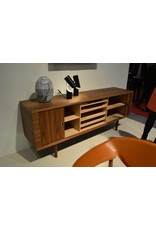 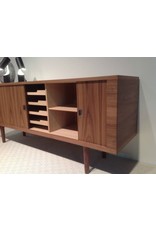 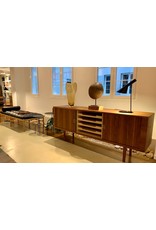 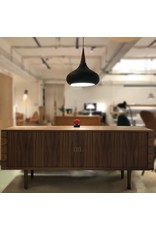 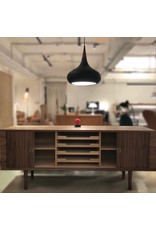 CH825 CABINET, IN WALNUT, OIL FINISH, WITH SOLID WOOD BASE,

The CH825 was designed by Hans J. Wegner in 1959 as one of the numerous credenzas that were sought after at auctions many years later due to their peaceful exterior and useful inside. On the 100th anniversary of Wegner's birth, Carl Hansen & Son reintroduced one of these credenzas, CH825, in 2014. The inside of the Wegner credenza CH825 is entirely accessible when the two roller shutter doors are moved to one side and behind the inner backing. The doors, on the other hand, produce a quiet, continuous veneer surface with a vertical grain pattern when the credenza is closed. A vertically arranged piece of wood is fastened to the solid vertical front edge of the door through a thin, square steel plate as a grip. Wegner's credenza has a combination of shelves and removable trays on the inside, which give usable and diversified storage space as a starting point. These are separated into three sections, with two shelves in each of the outer two and four pull-out trays in the centre. The shelves may be moved around to suit your needs. 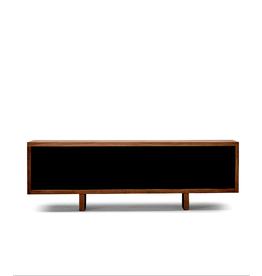 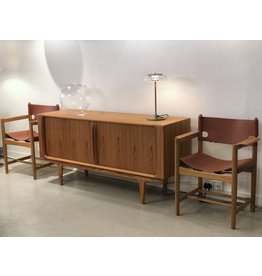