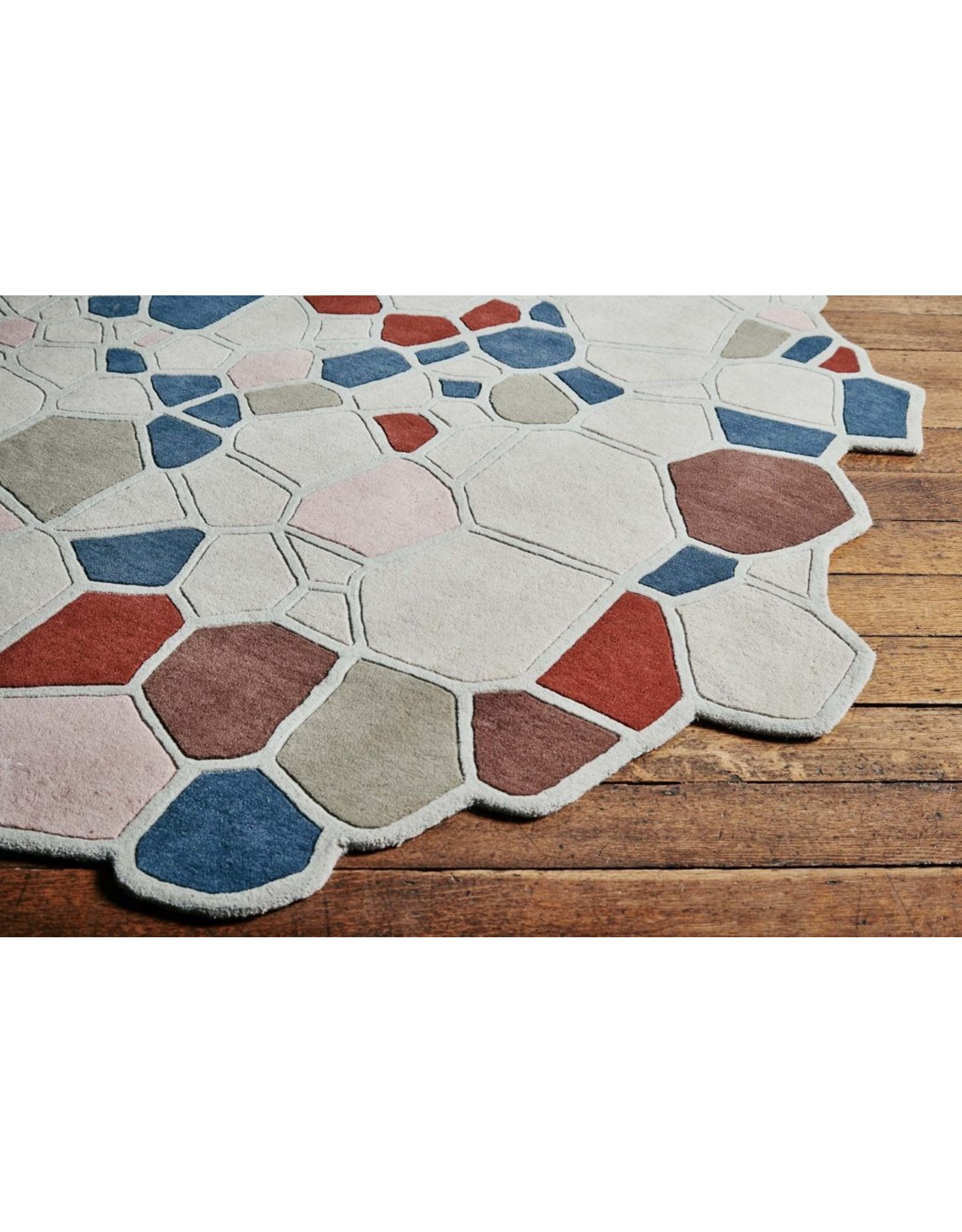 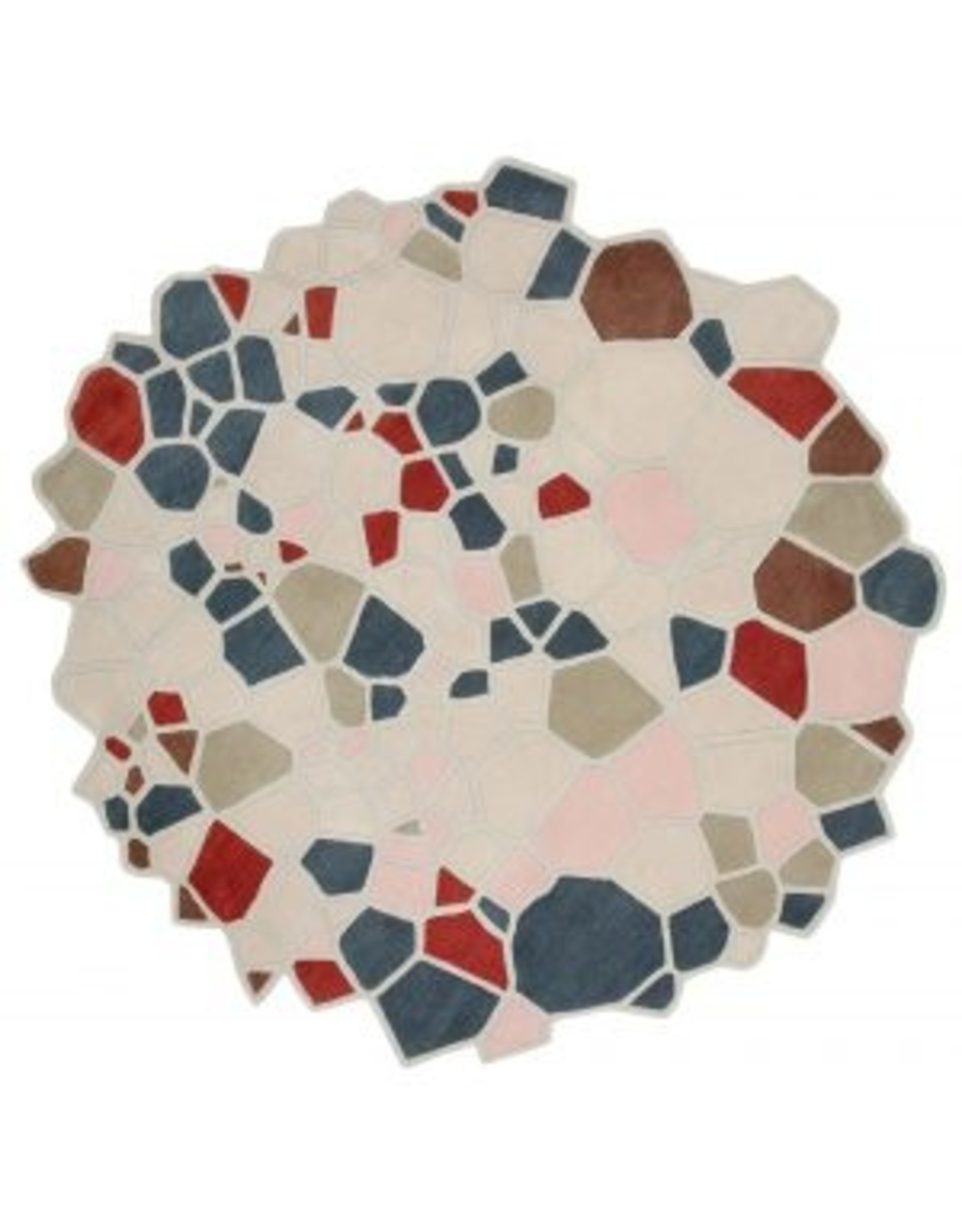 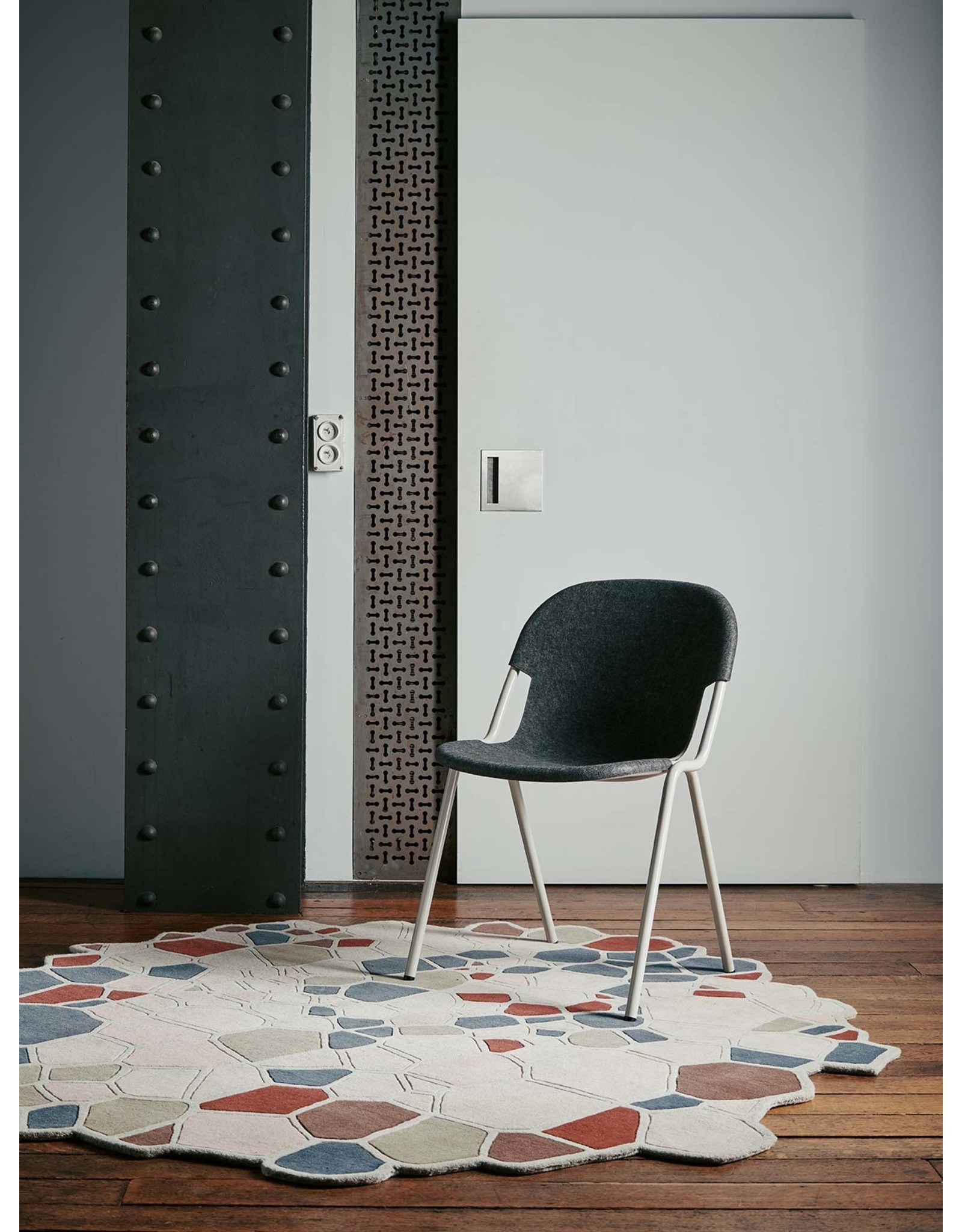 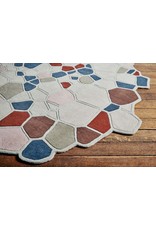 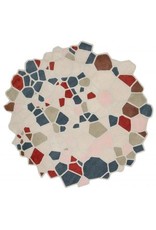 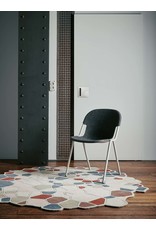 Contemporary rug company Christopher Farr continues their long-term collaboration with the internationally renowned designer Michael Young, with the unveiling of two rugs on display in the brand new Christopher Farr London showroom, which opened in April on the iconic Kings Road.

“I’ve been mates with Chris and Matt for over 25 years, we had a pint in Primrose Hill back then, I handed over my scarf and said just make it bigger, thats the design and it was magic . Their work is real and a blend of both passion and know-how.

‘Voronic’, a hand knotted rug and ‘Tessellation’, a hand-tufted version are both designs configured through Young experimenting with a voronoi pattern. This motif is found in nature – where it is perhaps most instantly recognisable as the pattern of a giraffe’s skin – as well as in science and mathematics. It celebrates Young’s interest in playing with shape and form and his expertise in combining technology with craft.

“Such scientific patterns allow a play with dimensions,angles and geometric properties. We generated it through computer algorithms and then from this, took random sections; adding a mixed pallet of colours to create an abstract visual. The seemingly endless possibilities and combinations was something I found so interesting about this concept.”

Christopher Farr have collaborated with Young since 2000, with four previous hand knotted rugs, as well as exhibitions including Wallpaper* x AfghanMade in 2014, which celebrated traditional craft and carpets by a roster of leading international designers.

Drawing on their weaving skills and expertise, Christopher Farr have masterfully translated Young’s voronoi concept into a hand-knotted rug by applying variance in the depth of pile to create a frame around each shape. This frame is also woven with silk, adding a subtle contrast to the handspun wool and further highlighting the outline detail. In addition, the wool pile within each shape has been skilfully cut by hand to give exacting definition.

regular perimeter of the rug continues the abstract pattern and is a detail carried through to the hand-tufted rug. With various points of shape and colour, this rug is an interesting design to customise; exploring the multitude of options within it.

Add your review
0 stars based on 0 reviews